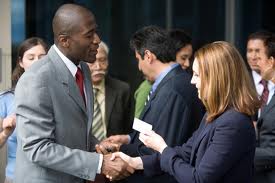 Welcome to this research on recruitment efficiency we launched 3 months back. The results are in, and we're happy to share it with you. Please do check it out and inform us if we could have done something better.

There are certain types of information that is better left off of a resume, yet there are people out there who are committing self sabotage by including it on their resume. Here is my list of 7 deadly sins to resume writing:

1. Photograph
Discrimination in hiring still exists today, by adding a photograph; one reveals information about themselves that falls into protected classes which could lead to employment discrimination (age, gender, race, origin, etc…). In… 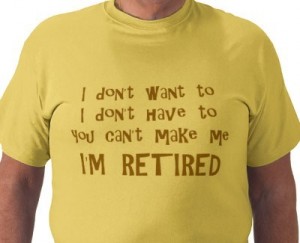 An article called 6 Reasons Why You Should Never Retire by Phillip Moeller of US News & World Report appeared last week in Yahoo Finance.  I was alerted to it by a post in one of my LinkedIn Groups.  What surprised me…

Here is our weekly feature in which we share the top articles we enjoyed from the past week about recruitment marketing, social recruiting and anything else in the recruiting space. In this article, we’ll be talking about what a CRM is, ERE Expo 2012, ways to piss off candidates, common sourcing mistakes, candidate experience and what’s new with LinkedIn.

The Power of Proactive Search (Part 2)

So, what about those candidates?

For everyone out there looking for a change, surfing job boards and tossing resumes into the ether is equivalent to the 'Career' page method; it feels active, and it's not a bad thing in…

The Power of Proactive Search (Part 1)

"Grab the bull by the horns!"

"The early bird gets the worm!"

No, I haven't called in your high school gym teacher to write a guest post, but those pep rally staples do neatly encapsulate the main thrust of today's post; the importance of being proactive. This is a lesson for job searchers and hiring managers, and we'll look at specifically how it applies to both, but it really boils down being active rather…

I’ve been trying to figure out what Pinterest, a virtual bulletin board of recipes, diy projects, paint swatches and style tips has to do with the business of recruiting.

And I really haven’t come up with a good answer...

Gregg Dourgarian of Staffing Talk did a search for “hiring” on Pinterest (see his results).

He came up with hiring infographics,…

(This is the first article in a 5-part series, to view the rest of the series go to the Identified Employer Solutions Blog)

The first thing you should do when you make the switch to Timeline is update your Cover Image. This is the large image at the top of the page. Try to be creative and choose something that's eye-catching and displays your employer brand…

The Candidate Experience is Interactive not Linear

Much has changed in the candidate experience since the early internet and classified ads days. Not only is it easier to track and capture recruitment metricsfor all the recruitment sources you use but from a candidate viewpoint it’s becoming less and less straight forward.

Let’s take a look back.  Early on when candidates apply it was a very linear process.  A candidate…

Are Gen Xers Better as Employees or Contractors?

A recent article by Harvard Business Review focuses on how employers can retain their Generation X talent, but it appears that many workers from this generation may be better suited for contract assignments.

According to the article, 70% of Gen Xers surveyed by the Center for Talent Innovation stated that…

3 Strategies for Your Social Recruiting Efforts

With nearly 95% of people aged 18-35 belonging to at least one social network, HR professionals have turned to Twitter, Facebook, and LinkedIn to find job seekers.  If done well, social recruiting can be a powerful way to find the right candidates.  Nearly 80% of companies are using social networks as part of their hiring process.  But are they using them effectively?  Consider these three levels of the Social Recruiting Spectrum.

Can You Sell Yourself On a Job Interview?

Whether you are applying for a job at the local mini-mart or as a top executive for a small or large business, being able to sell yourself is critically important.

So, on a scale of 1 to 10 (1 being poor and 10 being great), how would you consider your selling skills when it comes to the job hunt?

While some job applicants find the interviewing process a piece of cake, others sweat their way through it, oftentimes doing something along the way that eliminates them from the…

Bitten by a Zombie (Candidate)

I had taken a hot job order from a new client, you know the golden type that always picks up the phone when you call, responds to e-mails almost immediately, instant feedback on candidates, basically the best case scenario. In my initial sourcing efforts, I found three solid candidates. I set up interviews immediately and received instant feedback with an offer for one of them. I was excited as the candidate they selected was a perfect personality fit, had the required skills, background,…

5 Buzzwords You Should Know Before You Apply For That Job

Image courtesy of photologue_np and Flickr.com

Four reasons employers will hire you 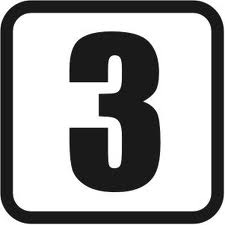 Okay, now Forbes magazine in its article, Top Executive Recruiters Agree There Are Only Three True Job Interview Questions,  has confirmed what employers are looking for in candidates. This is not new news. Employers…

Ms. Nonato reported in PostMedia news that a job candidate in Ontario was asked in an interview to provide his Facebook login and password so the employer to could investigate the interest, photos and people the candidate was involved with.  Most of us would readily question the privacy rights of that candidate and the levels of ethical consideration of the employer; however, the request in Ontario was neither illegal nor immoral.  In fact, temptation exists with the increase of social media…

Recently when I presented the “Secrets of a Successful Job Search” at the University of Utah, I asked the participants “How many of you feel you have been discriminated because of your age?” About a third of the people raised their hands.

When you read about diversity recruitment most people discuss systems and solutions but I have yet to see anyone discuss the root problem. Possibly the reason that you do not see the root cause is that most people who write on the subject are outside…

Too good for job boards?

This is an article that Neil Lebovits of Dynamic Scale recently had published in The Fordyce Letter.  Neil is the former president of Ajilon Finance, one of the nations largest Accounting/Finance recruitment firms.