What the LinkedIn “Follow Company” Button Means for Recruitment

Although it comes as a surprise to many, LinkedIn has not offered a “follow company” button until very recently. The new feature was announced on the LinkedIn blog Monday, February 27th and was designed to make things easier on both a consumer and the company. Being that LinkedIn is the network for professionals, this was a long time coming for many. With almost all other social networks…

Trillions of dollars in productivity are lost due to illness or personal leave (holiday not counted). In Canada that amount can be calculated on average and Daryl Henry, VP of Southern Alberta at Executrade, promptly pulled out his calculator to do so. The average Canadian in 2010 (most recent data) took an average of 9.1 days of leave per year x the average hourly wage of $23.56 x working population of Canada 14,254,000 = $3,056,000,584. Three trillion is a big number, and…

Getting Hired Starts By Staying Connected

Statistically speaking, you know your industry better than most people. It goes with the territory and it's why conversations that start with "What do you do?" are the worst part of any dinner party. Sure, you get to feel like an expert, but don't get complacent because of a few impressed in-laws. Something is changing in your industry right now and, whether you're actively looking for a change in your career or just open to the possibility, it pays to stay on top of those…

Opening doors and getting new business - the art of soft selling 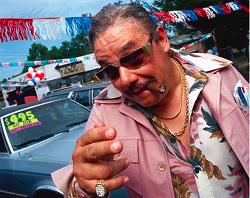 I had a great meeting with an old client of mine this week, where amongst chat of rugby and motorbikes, we discussed why it is that so many professional consultants don’t like to business develop.

Interestingly, we both felt exactly the same way and came to the same conclusions. Good consultants are good consultants. They are technically excellent, they provide their…

I received the most unusual email last night – definitely a first. Someone in my LinkedIn network had forwarded my “Open Letter to Candidates” blog to a job seeker who took me up on my offer. We chatted on the phone a couple of times and met in person at a job fair I attended last week. I gave him a few ideas, validated some other great advice he’d already received, and figured that was that. I was so…

Why is Rap not used in Recruiting more often.

I love recruiting and I love Rap.  So, why not combine them.  I would love to know your feedback on the following video.  I posted this in the video's section of this website as well as youtube.  Let me know what you think!!

The iPad3 is rumored to be introduced at Apple’s scheduled press conference tomorrow. Other rumors that are swirling talk about whether it will be HD and whether or not the cost will go up. One thing can be guaranteed though: if Apple is releasing an iPad3, the price of previous models will plummet.

According to an “iPad-focused study” by InMobi, 30%…

The Only Recruiting Metric that Matters

How do you evaluate your recruiting business? What metrics are important to you? Are there any metrics which enable you to measure your effectiveness? I recently read a recruiting site discussion where the person initiating the discussion asked “which recruiting metric is most important to you?” I read through some of the answers which were predictable; Send Outs to Placements, Calls to Send Outs or Job Orders etc. I am convinced that the most important metric and the only one I care to…

“You can buy attention (advertising). You can beg for attention from the media (PR). You can bug people one at a time to get attention (sales). Or you can earn attention by creating something interesting and valuable and then publishing it online for free.” –David Meerman Scott, Best-Selling Author & Speaker

Content is cool. What is even more cool than that, is content that doesn’t seem repetitious or dated. Staying current with trends in both worlds (Social Media and…

The one skill great recruiters nail every time

There has never been a more critical time for recruiters to focus on prioritising their job orders. Clients are tentative and decisions are slow to come, so we simply cannot waste our time on briefs that were never real in the first place. Working with clients who are not ready, willing or committed to hire is a disaster.

Indeed, making sure you apply yourself to where you will get a return is the mantra we all should be living by every day. I wrote on this blog about…

Social State of Mind with CareerXroads

CareerXroad's 2012 Sources of Hire has hit the virtual shelves of our in-boxes and Twitter feeds, bringing fascinating findings about the current status of recruiting, and promising developments for the future.

In January 2012, authors Gerry Crispin and Mark Mehler interviewed staffing heads from small to mid-sized companies. The results correspond with the…

Diving Into The Active Talent Pool

It seems like a match made in heaven; recruiters have positions that need filling and there are a lot of people looking for jobs. All we have to do is put a help wanted sign in the window and take an early lunch, right? Well, putting aside the fact that we don't place too many short order cooks, there are a few reasons recruiters might not be making the most of the active talent pool.…

Google has launched various services in its time, many transforming the way we lead our daily lives. From Gmail to Google Maps, Google Chrome and Google Search, Google is undoubtedly the king of the web. So why wouldn’t Google try to stake a claim on one of the largest markets of the internet - the social networks? Social networks have grown phenomenally within the last five years and now encompass much of the world’s internet user population, (Facebook’s latest user count is 800 million), so… Continue

Here is our weekly feature in which we share the top articles we enjoyed from the past week about recruitment marketing, social recruiting and anything else in the recruiting space. In this article, we’ll be talking about Hard Rock talent, Moneyball talent management, Pinterest, recruiting technologyand praising others.

Do Your Own Job: I’m Not Your Researcher, Sourcer or Contact Database

Quite frequently I get contacted by people searching for something or someone. Normally, I don’t mind that. Actually sometimes it is flattering that a random stranger or casual acquaintance found something about me intriguing enough to think I’d be a good person to contact to get help with their situation.

In posting this I realize I may ruffle some feathers and raise some eyebrows.  My intent is not to come across as someone unwilling to lend a hand or offer assistance. The opposite…

I wrote about how to get buy-in of your end usersthe other day and now I wanted to address how to continually try and get the most out of the technology you choose to leverage at your organization.

Like any other buying decision there’s a ton of momentum at the beginning of the selection & implementation process.  You get everyone…

The Beauty of Coworking for Recruiters 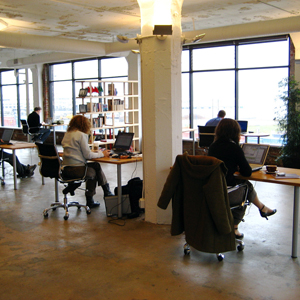 We are increasingly becoming a freelance, temp-work nation, and the recruiting industry is no exception. So while you may be working with temp firms to find contract, temporary, and freelance workers, you may be a bit of a contract/freelance…

Recruiters and the Compendium Conundrum…

At the risk of offending about 97.2% of corporate recruiters in the industry – It’s time I raised what I believe to be a very  important issue.  I’m all about breaking the stereotype, promoting a unique personal brand and offering a point of difference…. It’s hard enough as a recruiter to distinguish yourself from your competitors in a saturated market, and the last time I looked there was no mandatory uniform all recruiters must stringently adhere too with Orwellian…

We have seen incredible strides for women in the workforce.  Fifty years ago in 1962 women were mostly still homemakers and just starting to stretch their wings in terms of the labour force.  Today we see in Canada that 50.4% of the labour force is comprised of women, edging men out of the majority by half a percent.  In addition, the market offers more programs directed at encouraging women in the workforce.  For example, based on a test market run in Toronto, Edmonton is the first to…