You Can’t Engage Candidates If You Don’t Know Where To Find Them!

“During the next 12 months, 39 percent of companies will add staff, compared to 25 percent that will downsize” and “companies will view human capital primarily as an asset rather than a…

Hand Written Thank you notes? Unique and different or cheap and unprofessional

Recently, I read a blogpost on a jobseeker site asking on advice on interviews. This candidate mentioned that s/he wrote a handwritten thank you note to each one of the hiring managers after the 1st interview process. S/he thought it was a nice touch and made his/her candidacy different than the other candidates that interviewed for the same position. Did it really or did s/he just ruin his/her chances at the job? S/he knew that most job candidates will write a generic quick e-mail to the…

Recruiters: One Ugly Question That Can Save Your Life

True story. Pete is a dear friend of mine. After eight years in recruitment, has decided that he’s had enough.


He’s had enough of the hours.


He’s had enough of the chasing.


He’s had enough of the competition.…

Hi All - I will be in Los Angeles, California, from September 12 to September 26 and would welcome the opportunity to meet up with fellow members and share a caffeine hit or two !

Email me if you are available.

I always worry if I am doing the right thing by telling a candidate not only are they interviewing for an opening but so is our second submittal. We always tell candidates we can submit 1 or 2 resumes per an opening. Which is true in some cases, dependent on the client. But are we really hurting ourselves when we are making ourselves look good?

More recently, this has happened repeatedly, I have had 2 of my own candidates up for the same job. They knew about each other. They…

Crowdsource Your Next Job

You may already know that social networking sites like LinkedIn and Twitter can supplement your job search. Since Twitter has a simple and open platform, people are continuously exploring ways to use the service…

Green Jobs - A Guide to Making a Difference and Making History! 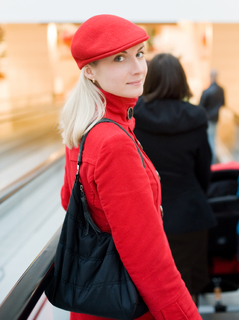 Whether we like it or not, we will be forced to make plenty of new energy choices in the decades ahead. Who knows what will emerge as the dominant "energy flavor," but the sources of energy we use today for shelter, lighting, entertainment and…

The Value of a Relationship Interview 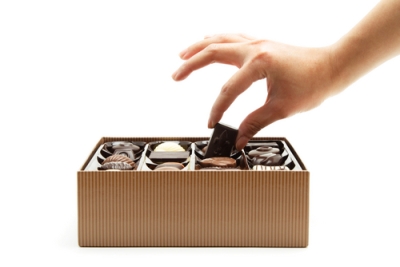 There are many different types of interviewing styles hiring mangers leverage to determine if a person is the right candidate for the job.

I was sitting pool side with my sister in law who just has a beautiful understanding of the English language. We were talking about interviews and how they sometimes don’t undercover what we need to detect to make the right decision. She used the word…

The Life Span Of A Recruiter

Not one of us dreams of becoming a Recruiter, let alone plans a career that will span our entire professional life. But it is possible. As a Recruiter who recruits Recruiters we see it everyday in the backgrounds of the business owners,…

I just realized that MS Word does not recognize the word “blog” in the English dictionary. I believe the word blog is as common as other new entries including “double double” and road rage. For any new social media website to come to market will include a blog site for example: MySpace, Facebook, Twitter and even LinkedIn.…

How committed are you to constant and fearless innovation? When someone tells you an idea is farfetched or it cannot be done, do you go out of your way to make it happen? Are you afraid to fail? I have seen far too often people get complacent and stop innovating, stop bringing ideas to the table. Complacency should not exist. People should want more, want better. Why do we stop wanting more? Why does what is OK get left alone? Why do we not want the best? We should want to strive for perfection… Continue