Recruiters - What if the one that got away came back? Most of us have memories of the Good, Bad, and Ugly recruiting experiences related to great candidates who got away.  The painful memory of those great candidates that got away related to:  a predicted outcome; deception on their part; slow to move hiring managers; our (recruiter) missteps…and what else?  Maybe an Act of God would also fit.

Looking For Work? You Can Always Fight Pirates.

It goes without saying that the Marines are an excellent fighting force.  Be it the United States Marines or the  British Royal Marines, tens of thousands of dollars have gone into training so that these fighting units can be the most formidable in combat.

But then once the Marine is an ex-Marine, there is a question as to what to do with those skill sets.  Can't really use the harder core aspects in the typical office setting, lest one's fellow employees look askance at your crawling…

Am I Too Ethical To Be A Recruiter?

Well now, it's been a couple of years and my recruiting life is going along pretty good. Exceeding my numbers, gaining exclusive clients, having fun and thinking this is the best job and the best place I could ever work. We have monthly contests, quarterly contests, yearly contests; go on weekend retreats (with our spouses) to golf resorts and ski resorts (depending on the time of year) for morning training meetings and golf outings or skiing or even just laying around the pool in the…

I was fortunate to read through today's RBC Daily Update to find the subject matter addressed the Klout score as a measurable credential. I had recently thought about this subject myself. Subsequently, I launched a poll on LinkedIn (and shared it on FaceBook) just a few days ago. This poll was targeted at assessing the real influence that Klout scoring has among career-minded professionals who are somewhat active on LinkedIn, Twitter, and FaceBook.

Many of us strive to…

The Offer – to Negotiate or to Not Negotiate? That Is The Question.

A Google search of “how to negotiate starting salary” netted just under 2 million results. 8 tips here, 6 steps there, all sorts of advice. For the most part, it sucks. There are some things I agree…

10 Tips for a Recruitment Newbie

False Information on a Resume

As a professional resume writer, I work alot with new graduates who have come to me after endless and failed attempts at trying to secure a position in their chosen profession/industry. It amazes me how many clients ask me to lie or falsify information on their resumes (which ofcourse I talk them out of). Generally, these individuals have been studying full-time and work part-time in an un-related industry to support themselves throughout their University studies.

Is it asking too…

Sometimes, the Recruiting Animal is too weak to manage a show properly. That happened today. I invited a lawyer to comment on the disparate impact of recruiting on foursquare. It was interesting but I let it go on for about 5 minutes too long. Then the song I played was set too loud and it drowned out any singing that was going on. So I only got to the great Shally around the 20 minute mark. And I should have focused more on sourcing which is Shally's specialty but instead I asked him about… 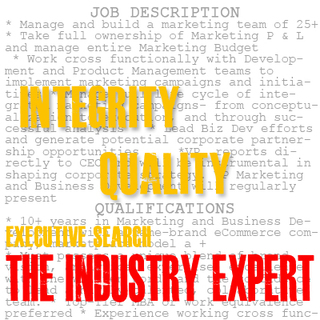 Like any professionals, Executive Recruiters “talk shop”.  Folks like to get together and chat about their wins and losses. And because there’s a significant sales component to this role, we’re judged more by our wins than our losses.  As such, when talkin’ shop, it’s sometimes hard to discern what information being shared is accurate.  Imagine a Ford Salesperson standing…

Monday of this week started off on an upbeat note. Two potential placements coming to a close after months of what I am beginning to regard as not recruiting but “search and rescue missions”. Rescue for my clients who need that very specific candidate who has the skills, will fit with their group and is in the range they can afford. Rescue for candidates both active and passive who for whatever reason are worried if employed or really worried if not employed.

The first portent that…

Here is something that should make those in a recruitment agency feel proud of what they do and genuinely value their service. At Cpl we took the last 500 placements that we made and analysed the contact with the candidates that we had placed. What was really interesting was that the average number of contacts with the successful candidate (defined as email contact or connected phone conversations) was 21 times. Naturally some of these candidates would have been spoken to over a 6 month…

Recruiters, coach your candidates to work WITH you

The biggest cause of placements going wrong, is people making assumptions.

Placing a candidate starts with building a relationship with that candidate and establishing ‘terms of engagement’, if you like. Usually, it is essential to develop a rapport and a tight co-operation to ensure the right match is made.

From a candidate point of view, working with a recruiter to find a new role should be painless. In fact it should make the process much smoother overall!

Reinvention Is The Ultimate Flower Of Growth 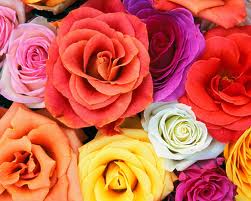 It was on a day where it was overcast and the rain just wouldn't go away, it was at a time where someone doubted my ability to create incredible outcomes even though I had done so dozens if not hundreds of times before.  Yet folks forget, and must be reminded again, and again, and again.

In the case of shifting circumstances, economic ill tidings,…

Finding A Job Without Local Experience 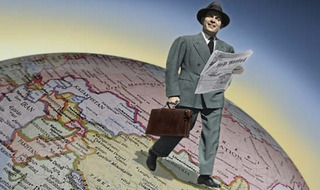 Watch Out for Signs of Trouble

Chances are that you or someone that you know has been impacted by the recent economic upheaval of the past few years. Companies have downsized, closed plants, relocated, moved operations off-shore and even outsourced or automated many jobs. These were themes that played out across the country and continue to have a ripple effect even in our business of talent…

One of the biggest trends in recruiting today is the development of Talent Networks.  Here’s how I define a Talent Network (definitely feel to add your definition in the comments):

A Talent Network is a community of candidates that a recruiting organization builds organically through opt-in and sourcing and most importantly, engages with (via social media, email, SMS) to drive qualified candidates & hires into their recruiting…

It could happen? Ok not really but what started me on a very passionate post that I had to quiet a bit after a few drafts were the comments from an infograph on How Recruiters Use Social Media, by Erica Swallow about how recruiters use social media to screen candidates. The comments were spiced with bits about how people cannot believe a recruiter would eliminate…