"The recently launched universe.jobs appears to be a job board that advertises job openings for multiple employers. It is our understanding that one registrant, who is a member of SHRM, registered forty thousand second-level domain names in the .JOBS TLD for use on this job board. It appears that Employ Media and SHRM, through the Direct Employers Association, intend to use the .JOBS TLD primarily to compete with other internet job boards. Such use is inconsistent with the purpose stated in the… Continue

A Word on Split Placements and the Continuity of the Close

Just a quick thought here for us split recruiters.

Once the handoff has taken place – it is very important to let the recruiter who is working directly with the client also be the one who the candidate talks to.

Why is this?  I have found the phrase “too many cooks in the…


I have been thinking a lot about job boards recently, as both a customer and a jobseeker.   In these socially enabled times, it strikes me that the job board user experience should be something like this:

Jobs are displayed in easy on the eye tag clouds, instead of ordered lists we know are manipulated by the recruitment organisations who post them.  Jobs are highlighted to me by other job seekers and I can rank them by most viewed, highest rated or…

Hmmmm Recruiting Dilemma.... or not

Wow... it's been a while since I've blogged on here. It's not that I haven't been writing, it's just that I've had some other outlets, which make the something's Dan says a little quiet.. not my normal style. October 2010 it tells me... oops

So today it is... a quiet house, a busy mind and the need to write something has made this happen.

I've been Recruiting for a number of years now... maybe too many, but I heard something the other day which I hadn't heard…

Is it really that much of an imposition to extend a little professional courtesy?

A fellow HR–industry colleague, Andrew just checked in to run something by me about an interesting experience he recently had. He wanted to get my take on whether “we” collectively as peers in the same talent acquisition, talent development and talent management realm, have a shared obligation to support each other career-wise.

Prior to this particular conversation, my…


RSS, or really Simple Syndication is a group of web feed formats used to publish constantly updated content, like blog posts, news captions, audio or video; all in a standard format. These documents call feeds or channels benefit a web publisher by allowing a simple means to syndicate their content. They benefit the reader, in…

Being in search and recruitment for a while now I have met and spoken to different strange people here and there but there are some interactions that will stay with me for the rest of my life.

About a year ago we had a candidate that we were representing to one of our clients at the time. Let's call the candidate John.

Aren't you amazed that senior executives of major companies still believe that succession planning works! I know I am. From the looks on the faces of Hosni Mubarak and Colonel Gadhafi during their last televised rants to their street side citizens, I can tell they are surprised their sons won't be succeeding them in the family business.

Which technologies are changing the job board industry?

Although it may not seem like it at times, the job board industry is a technology-driven industry. After all, it was the combination of a database and the web that gave it birth so many years ago. After a fairly lengthy period of incremental and erratic technical growth, the industry is seeing lots of change – and I suspect that those sites that ignore these changes may suffer.

So, which technologies (and technology trends) are changing job…

What Message is Your Sales Strategy Sending?

Nancy, a current member of my coaching program, shared with me the following success story…

“I called on a new prospect for a number of weeks. Each time, I got his voicemail and left him the Front-of-the-Box message you taught me. Within two months, he called me back to give me an order. He said he picked me because I had called him six times (WOW, he counted the number of messages I left!). And he said that he appreciated my follow-through and that this made him hopeful that I’d be… Continue

If you pay attention to some commentators on recruiting and human capital management, we’re at war.  No, I don’t mean the one in Afghanistan, or even the one against terror. I mean the War for Talent.

s there anyone out there who, with me, sees this metaphor as tired and tastelessly inaccurate in today’s world, not to mention downright silly and…

I find this whole recruiting train of thought amusing...

site to place a job ad...well, er - it sounds like a discussion from a 100 years ago listening to two buggy whip salesmen chatting about which blacksmith to align themselves with...while Ford, Nash, Olds and…

Is It All About the Benjamins?

Over the years I have read numerous surveys regarding the reasons that job seekers use when looking for a job, considering a career change or deciding on a job offer. When job seekers are asked why they are looking for a new job or a career change or when asked what was their reason for leaving (RFL) their last few positions, the reasons most often sited are a lack of…

Candidates! Be basic with your email address

I had to write this little blog because I just got an email from someone looking for a position with my company.

There are a lot of tips and advise that I can give to job seekers. but this is a piece of advise that seems so basic that I feel like it should be well known. Unfortunately, many people don't do it.  The advise is....be basic with your email address.   Or maybe not basic, but try not to be so off the wall.

If you are applying for a position,…

Make the one you love say "I do" 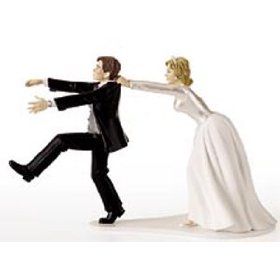 Since next week is Valentine’s Day, we thought it only fitting to write about the relationship between two parties – and how to move it to the next level. Most of us have been there before – we’re ready to commit but the one we’re courting just isn’t quite so sure. It can be heartbreaking. You, the hiring manager, have finally found the ideal candidate – a match made in… Continue

This week I received some interesting comments regarding “Professionalism”  One of my groups pointed out that my profile picture didn’t express the intention which I was trying to achieve.  I took a look at it from a neutral perspective, and I agreed.

This brings me to todays topic: Professionalism and the Workplace.  With every project I have strived to present myself as a commodity or a brand, who just happens to be on loan to my employers as a sub-contracted asset.  This meant that…

Ahh, this song by Dave Matthews band, it is perhaps a description of February for me.  I quote:

So that is a perfect description of how I start my day and how 1 day rolls to the next, and then this as Dave…

Job board networks: the idea that’s never gone away

In the beginning, there was the job board, and the candidates rejoiced. So many jobs! So many locations! So much easier than paper.

The employers liked it, too.

But after a while, candidates realized that general boards were, well….general. They discovered that many (er, most) jobs were inapplicable to their interests. So they asked the job boards to make things easier. “Help us find just the jobs we want!”

Job board operators responded in a variety of…