Day 4: Now I have no weekend

This week's marketing campaign was such a smashing success that my Macbook Pro with retina display will be chugging some electrons this weekend.

Somehow, someway, we're gonna need to squeeze around 30 or so experienced Program Managers our of DB to present on four new JO's....all pretty close siblings to one another so there should be pretty good synergy.  One of the FOUR NEW CLIENTS I found this week also is seeking an engineering liason with Korean language skills so they can…

Since when did LinkedIn turn into a pub for candidates?

For awhile now I have been thinking about this post, how I would write what I am thinking, how to share with my fellow recruiters exactly what I mean by Linkedin is like a bar. So I will write simply, I feel like every time one of our candidates logs into LI to do a bit of professional networking on ideas, thoughts that they are having, we are all lingering with a drink or in this case a…

Please indulge me while I tell three stories to clarify words I stated a couple weeks ago.

My first real job with a real paycheck was at a McDonald’s in Whitmore Lake, Michigan, when I was 15 years old.   The Manager is one of the most serious people I had encountered by that age.  Before allowing me to work in the kitchen, I was handed a plastic bag and told to go outside and clean the property.  It was mandatory to call it “trash” as we were not allowed to use the word “garbage”. …

Crawled into the office this morning after a five mile morning run that didn't go so hot.  And what was waiting in my voicemail inbox????

Answer:  Only a 1 minute 58 second message from the Vice President of Sales at a HUMUNGOUS Tier 1 automotive supplier expressing that his Program Management group is in dire need for NOT ONE, NOT TWO, BUT THREE Program Managers here in Day-twah!  (That's Detroit for outsiders.)

What Recruiters Should Know About Summer Internships for 2013

It's summertime in the city (or country as the case may be) and you know what that means? Interns! Interns are a huge part of the workforce and we want to celebrate them. We're kicking off a series of guest blog posts from all kinds of intern experts where we'll cover internship programs, how to assess an intern, the places to go online to find…

Holy Mackerel.  Talk about being rusty.

My program on Day 1 and 2 has been to tackle all office things first thing and move on to my 30 day reboot-my-desk deal.  I get between 30 and 100 applicants each and every day.  I have to review each resume one-by-one.  It took seven hours on Memorial Day to get through about 240.

These resumes are coming from all corners of the planet and only roughly 50% of them are remotely relevant to our industry.  Some may find this amazing but I…

And so it goes that sometimes we're our own biggest critic.   I've spent the last four and half years pulling together all of the most robust tools I could find to create "The Avengers" version of a boutique recruiting office.

We have four busy-body recruiters pounding away on the phones, moving and shaking, making money calls, and always marketing.  I believe our system is unique and we approach everything we do with as must honestly and perseverance we can muster.

There are many good reasons to reject Contingency Search in any form, but for today’s post, I’ll deal with only one reason.  Quantity vs Quality. In most cases, by no fault of their own, recruiters are forced to produce poor quality work or get left in the dust by other recruiters with a quicker trigger finger. The inherent weakness of Contingency Search lies in this conundrum: The more you endeavor to vet and qualify your candidates, the less likely you…

Hi HR/Corporate Recruiter! It's Me, the "Different Agency Recruiter"?

Hello again, everyone! Since the last discusson was very informative, I want to pick the brains of corporate recruiters now. Since I am an agency recruiter and new to client development, I want to know the opinions of recruiters on "the other side" of the game.

I know HR and corporate recruiters are tired of being approached by one agency after another saying that they are "different" and can provide some sort of magical recruiting service that the rest cannot. When I call HR and…

10 Ways to Recognize An Unfillable Requisition 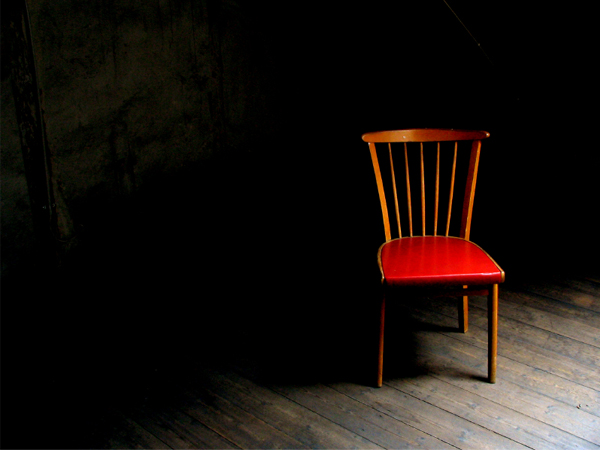 The empty chair.  The "no hire".  Let me tell you, it happens.  There are some positions that are just not going to get filled.  You can argue with me until you are blue in the face, but it is the honest truth. I wish it weren't true, but it is a cold hard fact.

How can you identify an unfillable requisition?  As a recruiter, what are the signs of a… Much hoopla accompanied the publishing of a "Study" the popular Job Board TheLadders made public back in March 2012.  They titled their report "Keeping an eye on recruiter behavior".  Sounded  a bit scandalous when I first saw the title.  Immediately made me wonder…

How to Recruit - The least you should do....

Employing people was never easy. Perversely, it's more difficult now because there are more candidates than jobs, but there are simple steps any employer can take to reduce the risk of appointing the wrong person...

Having said that, there's a lot of… 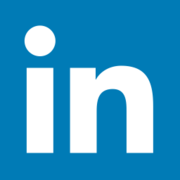 Why "Temp to Direct" is the worst way to go

I'll make this quick:  Temp to Direct is a bad choice.  It's a "we really want to hire someone, I think, but it would be great if we didn't have to make a firm decision - so let's roll a few unemployed people through here and see if someone knocks it out of the park."

Dear Client - here are your choices:  Unemployed people who have no other choice or contractors who will happily "pretend" they "may" be interested in a full time role.

Are You Prepared to Turn in Your Two Week Notice?

Turning in your two weeks notice can be a stressful and stress relieving process for anyone involved in making a career transition. You may be wildly loyal to your current employer but presented with a career opportunity you know you can’t pass up. On the other hand, you may dread turning into the company parking lot every morning and can’t wait to sever ties with your responsibilities and move on to a new and exciting career opportunity. Regardless of your situation, it’s important to focus…

10 Things Every Recruiter Can Learn From Willie Nelson Willie Nelson.  A living legend.  As a person born and raised in Austin, TX, I have heard his songs played on the radio for as long as I have been alive.  Now a lot of musicians come and go, but not Willie.  He has stood the test of time.  My grandparents, parents, and even my kids have heard him.  There is something special about Willie Nelson, and on April 29, 2013… As professional recruiters, we all strive to hit the mark on offering candidates the BEST experience possible when working with us and we all do our very best to make it happen; however, we also need to look at the other side of the recruiting spectrum. Are qualified candidates offering recruiters a good 'recruiter experience?' If not, why? First, I think we have to…

Why more recruiters should be using Google Plus

networking site in an attempt to stay in touch with social media trends. But let’s…

Making it easy to apply!!

Making it easy to apply!!

Over the last few weeks, I have gone out to many company sites and check out the style, process, and length of time to apply to an open position. I was amazed at some of the things I saw. About 50% of the companies had easy, quick ways to apply, took less than 5 minutes. Another 20-30%…

There. I just made one. Now doesn’t that sound silly? You’re probably thinking “aww, come on Amy! It’s usually true!” Yeah maybe, but it’s exhausting. I have been diagnosed with Generalization Fatigue. Symptoms range from eye-rolling, head banging, and groaning to slamming laptops closed in order to protect yourself from one more crappy prediction about the fate of recruiting. Here are some of my favorites: