So recently I reposted a few posts to help people looking for work. One of the posts was about optimizing a resume for ATS and resume databases. I posted or reposted it, and got some interesting feedback form a few recruiters. One said I was telling their secrets, that by telling candidates how to optimize their resumes it will mean they will have more junk resumes to read.  Another said it was…

Last week,  the New York Times ran an editorial regarding employment screening and how employment background checks are often inaccurate and cause otherwise innocent people their chances for employment.   The editorial requested that the supervising agencies get a tighter control around the CRA's or Consumer Reporting Agencies.    Upon reading the editorial, more than a few recruiters and employers, to say nothing of Consumer Reporting Agencies,  had their proverbial bowels in a…

Do You Speak My Language? Or Further Reflections of a Rookie Recruiter

“To have another language is to possess a second soul.”  - Charlemagne

I am not sure when I first fully appreciated the importance of having learned a second language. I took French in high school and college and most of my friends and peers took some language as part of their course requirements. For many of us it was just another subject, sometimes required, that we needed to pass in order to graduate.

In college I took…

How Valuable Are Your Employees?

I recently read an article titled “Our Employees Are Our Most Valuable Asset”, which was proceeded by the sentence “This (standard)…

Candidates (and recruiters) do Stupid Things

The first staffing lesson I learned was, “Candidates do stupid things”. My boss at the time was a tough and cynical agency recruiter (headhunter) with 10 years experience. Wally had been rode hard with had plenty of stories to prove his point. That lesson was driven home yesterday in a most painful…

If you haven’t learned by now, I’m kind of a sports geek.  Not only do I geek out for the NBA Draft but I also find the Major League Baseball trade deadline to be incredibly interesting.

It’s at this point in the MLB season that can make or break a team’s playoff chances.  General Managers are currently deciding where their team stands in the playoff race and if they…

5 top tips to get the most from video interviewing

What exactly is a video interview?

In recent months the subject of video in recruitment has become quite a hot topic amongst recruiters, so what exactly is a video interview?

For the purpose of this article, we’re looking at automated or asynchronous video interviews. This is where a candidate records their answers to questions set by the recruiter, but without the recruiter or hiring manager being there live.

It may sound obvious, but a video…

Scott shares a solution for avoiding empty seats in your business.

How to avoid joining the wrong business

15 questions you need to ask before accepting an offer.

This year we have seen a significant increase in the number of candidates returning to the job market, albeit relatively passively in a lot of cases. Surprisingly, while the reasons can be poles apart such as redundancy or a lack of career progression, it can often drive similar behaviours amongst candidates. I have commented previously…

Publishing your job openings as pay-per-click (PPC) ads on LinkedIn offers an extensive reach to a career-centric audience (earlier this year, its user-base reached the 150…

I love LinkedIn! It has been bringing us more matching candidates and business connections than everything else combined out there. For my own recruiting business LinkedIn accounts for 100% placed candidates in the last twelve months and a large chunk of sourcing information that I submit to others when sourcing.

Yet taking the full advantage of LinkedIn is not straightforward! There are numerous obstacles and misleading marketing messages, blogs, and tutorials. Some LinkedIn members…

Between the numerous forms of social media, chatty coworkers, and the rapid onset of boredom in our society, it is no wonder that distraction is an enormous problem. In a recent study conducted by Sendouts, the greatest obstacle in the recruiting workplace was distraction, whether personal or external. However, this issue transcends…

This is my hair today – at 8:15 AM on my way to work, to be exact. I have less than two years to enjoy my locks, as apparently if I have hair this length after…

Candidate Experience. Finally Getting the Recognition It Deserves…Sort of Whatever you are doing, stop it and hire Lamia Gouda! I stumbled across a gem today! While searching for something else, I discovered the video resume of Lamia Gouda. Curiosity took the better of me and I watched a VERY funny and engaging pitch of a very talented woman: Actress, Translator, Video Editor, Voice Over Talent and Stylist. She speaks multiple languages (Arabic, French and English) and not only that, she is also quite the entrepreneur. Check out…

Big Fat Networking Mistakes - The top 5 most common things NOT to do! 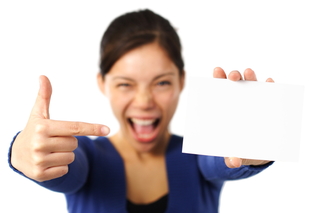 Networking is a word that means many things to many people. At one end of the scale its a nerve racking experience that you make yourself do, for others its an opportunity and a fun way to meet new potential contacts and business partners.

The truth is that most of us go out to network in one way or another, by very few do it well. This is often due to a…

Google Plus Recruiting: You should be doing it! This is why…

It is my opinion that recruiters are sleeping on Google Plus. It is simply too big and too useful to be ignored. I give a few tips on how to leverage Google Plus for a recruitment advantage, but if you want more than that, look me up! I LOVE talking about Google Plus and welcome the chance to train you and/or your group of recruiters on its many virtues.…

Here are some stark facts of reality about the employment workplace right now:

S*** Not to Say in an Interview

The Betts Team shares with you the S*** Not to Say in an Interview. While we poke fun at the classic interview faux pas, unfortunately, people make these mistakes more than you might think. We invite you to laugh along with us at the following video.

Warning: Betts Recruiting does not condone any of what you are about to see in a real interview setting. Please do not attempt this at…