My Future in Recruiting

As I sit down to write my first blog post ever I find myself intimidated. I was recently introduced to the world of blogging and by introduced I mean thrown into it with my whole body (as opposed to with both feet). I decided to go to Recruitfest this year, so I joined RecruitingBlogs.com to get to know some of my fellow attendees. Little did I know that these people were professional bloggers. Some of whom have actually been blogging since the 90’s! OMG (it hits me)! So, while I was still… Continue

This week i’ve been on a talk show that is fast becoming a favourite. H.R.Happyhour which is organised by a host i admire, Steve Boese. The topic of conversation and debate, is HR Dead? I read a number of blogs this week commenting on the death of the job board. Despite the much reported demise they seem to be still around. The latest to join the nearly dead list are recruiters. It seems we are on… Continue

Holtz calls the increasing shift toward total transparency a cultural transition, spurred on by social media. And, as a consequence, "Animal House [by Millennials] behavior really… Continue

Jobs are FREE - The Comedy

Okay so I had a few minutes of fun with xtranormal a really cool text to movie site.. It's easy and a blast!

This is my "Jobs are FREE" attempt at comedy ;o)…

HR Halloween: How Scary is Your HR Department

You know life is good when your brand new blog is retweeted by :KevinWGrossman "A good HR Consultant is one who provides a solution without manipulation tactics, or fear." http://bit.ly/3iV2kL (via @HRMargo)

And @animal, @paris22, and others, have also RT my blog. I am honored and humbled by this. I launched my blog this week. I've been talking about HR topics and questions close to my heart like, "Why is HR so hard on itself" -- "H1N1 is Your HR… Continue

Why New Media Recruiting is a MUST!

Here is further proof that if you use new media to communicate to your customers (aka candidates) your company will have a much more favorable impression. Research firm eMarketer released this latest info which caught my eye. Podcasting your jobs and/or Youtube are perfect examples of new media in action.


74% of users have positive impression of companies who use new…

"I understand that you little guys start out with your woobies and you think they're great... and they are, they are terrific. But pretty soon, a woobie isn't enough. You're out on the street trying to score an electric blanket, or maybe a quilt. And the next thing you know, you're strung out on bedspreads Ken. That's serious."
- Jack Butler (Michael Keaton in Mr. Mom, 1983)

Aside from the frustration experienced by job seekers from what feels like the "black hole" in responding to postings on job boards (and there is enough on that subject to provide fodder for posts for the next year!) the next major pain point often seems to be… Continue

The Client Side - Cash For Candidates Part II

Now that we know that Cash for Clunkers was the real Clunker, I've had a chance to reconsider my proposal of Cash for Candidates. Edmunds.com did a study showing that it cost the Government (that means you and me because we are the Gov's sugar daddy of course) over $24,000 per clunker deal, probably close to the total price of the new cars in most cases. What an incredible waste. And now we hear that car sales are dipping and expectations are for lower numbers over the coming months. They… Continue

Recruiters-we get it, you don't work for candidates

I just posted this to my wordpress blog-disclaimer, I wrote this from a candidate's perspective. I offer this for your consideration after reading last night's twitter discussion on #tnl.

Today, on Paul Paris’s radio show Janet Worthington and her son Jeremy discussed job search strategies. I am a new volunteer on http://recruiterreqsjobseekers.ning.com This site is free for people in transition. While is it is not a resume hub,… Continue

Last week we took a look at the value of securing prior employment references. As promised, let’s turn the tables and look at how we respond when we’re the one being asked for the reference. When a coworker or a subordinate leaves and requests to name us as a reference, do we oblige them?

What if the one leaving was a mediocre worker on their best day, the dreary sot after whose departure you expect a merry parade between the cubicles? (Don’t deny it… someone specific just came to… Continue

At the start of the year we (that’s Character Creative) got to thinking about what we could do for freelancers and those agencies trying to find them.

More and more of our clients were asking about them and, whilst we never turned the work down, we hadn’t formalised any offer or even a general response.

Hence we struck upon the idea of a single introductory fee for freelancers, and it works something like this;

Pay us £500 for finding each freelancer and you’ll… Continue

Social Media as a Recruiting Tool, Your Feedback & SM Failures

Opt-in to receive our ezin… 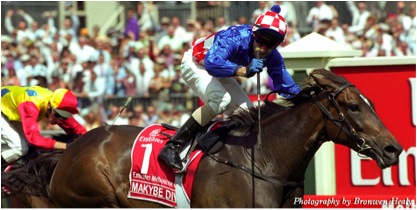 H1N1Alert - Recruiters: who will you recruit if 40% of the US is decimated?

On Saturday, President Obama issued an H1N1 national emergency in his radio address, signaling waves of concern throughout the medical community, and population This week the CDC released an experimental drug still in its preliminary stages, which according to infectious disease specialist, Dr. Alan Cohen extremely rare. In a lecture he gave October 26th he said that Gen Y is expected to be hit the hardest. The CDC estimated that 40% of the US population will contract H1N1- So, what will that… Continue

Hello, First blog post. All I can think about is my need in Honolulu for a b2b sales professional. This person must have lived in Hawaii for a minimum five years. This is a great opportunity for the right person, with the right source of motivation and existing network in the Hawaii business community.

I've tried several tried and true approaches, including LinkedIn, Jigsaw, FaceBook and the big boards. My researcher has tried CraigsList and a few other boards.

Do Androids Dream of Electric Sheep?

In considering the question of the future of recruiting, it all comes down to the classic conflict of Man vs. Machine. We’ve seen it before, books and movies depicting future societies that become overly dependent on advanced technology, resulting in the threat of extinction to mankind. “Battlestar Gallactica,” “Do Androids Dream of Electric Sheep”, “Blade Runner,” “ Terminator,” etc. All of these books and movies tell the story of the… Continue

To Voicemail or Not to Voicemail, That is the Question

I'll never forget going to visit one of my branch recruiting offices and watching a rookie recruiter dial and hang up, over and over again. I walked over and asked her why she did not leave her client prospects or candidates a voicemail message and she told me, "I never leave messages because nobody ever calls me back."

So how do you get call backs? Why do some people get a ton of incoming calls to the office in response to their messages while others are forced to just make outbound… Continue

Proactive Recruitment: How to develop a Powerful Proactive Strategy:

To improve recruitment metrics taking a more proactive approach will furnish more successful results. Taking on a more proactive recruitment process means engaging with folks long before a position comes open by building a pipeline of qualified talent that is ready to be put into place as soon as a position is available. For many companies the challenge is time. There are so many active openings that there isn’t enough time to pipeline for future ones. Another challenge is resources. Who should… Continue