Finding "The One" in Recruiting - It's all About Fit.

It's nearing the end of a very interesting week.  There were offers, an offer rescind, a few twists and turns, and moments where I look back to say I still love my job, and yet the rewards far outweigh the challenges.

What is it about staffing that keeps us up at night?  What is it that propels us to come to work each day, slog out a few more screens, try to keep offers coming, and keep all links and cogs in the moving pattern of our staffing momentum up? …

Recruiting & Staffing Fundamentals - A Series About Rising to the Top

There are literally hundreds if…

I'm awake late tonight - much on my…

ADP - 1 Year Recruiting @ One of the World's Most Innovative Companies

It was about this time last year I was… 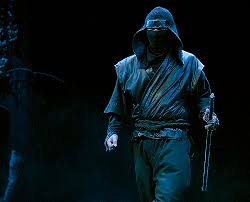 Around December 2012 this scrappy article appeared on ERE.net and caused a viral stir in recruiting forums, including this one.....http://www.ere.net/2012/12/10/recruiters-your-days-are-numbered/ - it's premise?  Technology would cause recruiters to go the way of the dinosaur.  Ahh - but you see the author Lior Shamir had interesting points, albeit to me a bit misguided.  What he did get… 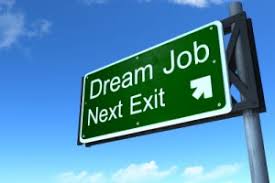 1 year in to the new Recruiting Staffing role and I have a great deal to be pleased about.  I also have some personal reflections about how I can move the proverbial client satisfaction mountain to even new greater heights. Many times there are things to think on, how to maneuver, and how to find your way.  Recently, I had opportunity to view my latest hiring manager surveys, and it caused me to reflect a bit - what is it that I can do to create "Raving Fans", in the…

The Intimidating Hiring Manager and The Bad Candidate Experience That Results

Fixing the Economy One Hire at a Time - The Reason I Love my Recruiting Job - & The 8 Hire Inspiring Day. 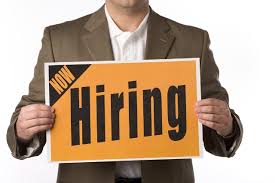 I suppose it started almost 10 years ago - when the economy was coming out of another flat line scenario - indeed when the Rome of the Innovation World - Silicon Valley even had economic troubles and when I needed to know that I personally could make a difference.  I had through High School and now through the beginning years of college wondered what it took to succeed in life, and how to get myself hired.

In The Wake of The Week

I had tried with all my heart to make it one of those weeks where I could be proud of.  Yet - I found in the wake of the week that I needed to have perspective again, and revitalize when I got fatigued.  There are moments along the staffing path you must reach back into the past and remember past successes, especially when you may feel the wanton volume of your myriad of focal points honing in around you.

A few months ago I found myself looking down on an incredible valley that almost 150+ years ago had been settled by one Brigham Young and new Mormon Pioneers whom had travelled 1000+ miles on their way to settling the Salt Lake Valley.  The place where I stood is known as Ensign Peak.  It is the same spot where 150+ years ago a small party of explorers led by Brigham Young first surveyed the wide expanse below and decided how to plan the city that would come to be known as Salt Lake City.…

The Recruiting Powerhouse - Creating The Talent Pipeline Before It Is Needed

It's on every recruiter's mind.  It's on every hiring manager's mind.  It's on every VP/Executive/CEO's mind. How will I keep my pipelines full and how will I anticipate the need prior to it arising? How will I manage the changing parameters of my day and my desk? How can I build a staffing brand so interesting and compelling to candidates that I can have competitors shaking?  What is it - what is the key element to a successful recruiting venture that will overtake the coveted passive hire,…

It happened for the first time in a long time.  I have always been the forward thinker, the one to think outside the box when the staffing conundrum comes.  When high volume comes crashing in and life's myriad of moments demand you to solve a whirlwind of staffing needs on a shoe-string budget with time pressing in on all sides.  And to do this in the midst of tremendous life changes swirling rapidly around you.  It is the prioritization factors that take full sway.  With approximately 30+…

The Elements of a Successful Recruiting Career

It all began almost 9 years ago.  In 2003 at the end of that year just coming into the final leg of my final 2 years journey in college and looking at options in the future, I looked to an incredible option that opened it's doors by taking on an internship for an ADT Security Alarms Dealership - Rhino Security Services. I had made the decision to explore HR and found it to be to my liking - never realizing that this would open vast doors along the way.

When I began this…

On December 31st, I returned to my desk at work for a short day that would see me set up several interviews, coordinate with my more active hiring managers, and still have enough time to take a moment and breathe.

In the previous week I had enjoyed some very interesting and fun AIRS training provided by the Right Thing, an ADP company where I now work having joined them less than 6 months ago.

There is a lot going on in this past week which shattered what is supposed to be for many a positive time of the year.  The airwaves have been flooded with bad news this past week.  A quick summary of what propels me to put forth a call for action - a "take back to a positive direction our holiday season" kind of call to action:

1.  My company ADP has an office in Clackamas, OR, and I serve many clients there to assist with their staffing needs.  On December 11, that community faced…

Epic Resiliency - It is no accident

Epic Resiliency.  It's a term I heard once.  It's a mojo and a hope.  I recently had some humbling moments which gave me pause and a time to reflect - what is it that keeps you forging forward when challenges arise and moments demand your best foot forward?  Epic Resiliency.  I went tonight to Wal-Mart to pick up some organizational tools - a planner and a dry erase board.  I realized these tools were needed when I sat back and looked at all my open requirements and almost felt overwhelmed…

2012 - Reflections on a Staffing Journey Through an Eventful Year

I needed a chance to collect my thoughts, with so much crowding in in the holiday season, with work busier than ever, and with family holiday moments seizing the stage, one must remember why they do things - and what drives us forward in our careers.

Prioritization, Passion, Grit, Determination, Goals, and Steadiness.  Some adjectives if you will that define my desk management strategy.  On any given staffing day, in any given state, nation, or country, across the US and across the World, talent management continues to evolve, change and bring with it new days and new ways of seeing the world.

Often I sit back as I start and end my day with a review of the tasks ahead, the activities that will propel me to staffing…