Creating Your Own “A” Players by Giving an “A”

Everybody wants them. Every business leader, talent manager and HR executive tries to recruit and hire them. They are the “A” players, the best of the best, the folks who make your company, your department, your division successful and profitable. They are the reason that your shareholders love you. They can save your job.

But what is an “A” player? Most would answer that an “A” player is the best of the best, the cream of the crop, at the top of their game, pretty much an…

Will the phone ever ring?

I must say I get more phone calls from professional IT staff looking for new opportunities this year than we did last.  I was asked by one why we do not call every single person that applies back.  I thought about it a moment and actually believe that it would be a huge difference between us and other companies if we simply called each and every applicant.  But the time involved with the amount of applicants would pull key staff away from tasks that are essential to the operations.  I looked…

Having long been an advocate for clear, concise communication, i cringe every time i read or hear anything filled with high sounding, nonsensical bizspeak, jargon and cliches. Throw in acronyms for good measure.  Google the word Jargon and you will find several current and well written articles calling for a cease and desist of the current business jargon.  In fact it has become so boring that there is now jargon for jargon, "A Gong Show".  If you are not old enough to remember the Gong…

Ahhhhh…..recruiting.  What a life!  Some days I wake up and have so many things to do it’s hard to know where to start first….other days I might watch a movie before starting the day.  My work comes and goes.

Today I kind of feel like a fireman.  You know – always prepared but usually just cleaning equipment.   Making sure everything is in order for when the fire breaks out.  That kind of feeling.

Year-over-year increases continue for all but two of the top 25 candidates most in demand. Healthcare jobs continue to be a bright spot along with healthy increases in sales roles, which demonstrates the continued strength of the recovery.

Firms are advised to actively recruit for these roles as 25% or more of the demand will convert into usage of staffing and recruiting firms.

It's been 10 years since the Mel Gibson / Helen Hunt, ‘What Women Want” movie was released. Mel Gibson’s character, Nick, a somewhat chauvinistic advertising hot shot may have found the answer when a fluke bathroom accident enables him hear what women think. Taking advantage of this special gift, he manipulates it to his advantage at work.

Having watched this movie recently, I asked myself, “I wonder what the 3 C’s in my corporate life want?” the 3 C’s being my Client, my Candidate… Continue

What Can You Learn From A Mayonnaise Jar And Coffee?

Recently, someone I know went to a corporate website of a local firm in which they were interested.  The company posted a sales position and he clicked ‘apply’.  As part of the application process, he was forced to go through a 25 page questionnaire.  Inquiring Recruiter?  Yes, I HAD to know the details too.

Recruiting Season is Heating Up

In case you haven't noticed, the hiring freeze that seemed to overtake the our nation over the last 14 months is thawing, just in time for Spring.

What's up with Recruiting?

Interesting how you can actually learn something meaningful from very trivial conversations!
Now that I think about it-it’s nothing new because Jerry Seinfeld made a fortune from a TV show which was based on the subject of nothing.

Recently I had an interesting conversation with a friend. That brief conversation was about nothing special but it made me reflect on the changes that have taken place in the… Continue

BE the Shadow! Tips from a Groundhog

Each year, Americans celebrate Groundhog Day on February 2.  That’s right.  For the past 125 years, we’ve had a day celebrating a rodent.  Punxsutawney Phil is a legend.  He has his own … Continue

Is it ever ethical to charge the job seeker?

There has been a spate of articles recently about TheLadders – specifically, how the site is a bad deal for job seekers. To wit:

when I see the new commercials for The Ladders, I want to puke on my shoes…the jobs on The Ladders can be found on sites like LinkUp, …

Playing to Win the Numbers Game

As most of you who follow my blogs know, I am an avid reader. I read and re-read many books that are often referenced in my blogs and I am always on the lookout for interesting stories, observations and bits of information from newspapers, magazines and other blogs that I find interesting and that I think others might find interesting as well.

The February issue of Inc magazine is filled with a number of articles and observations that are all blog worthy. Two items…

Can someone please tell me why an organization would invest real money in any new, cutting edge, or industry-leading HR technology?  How are value propositions assessed?  Are purchasers identifying problems that need to be solved first, or are they being exposed to technologies and then building an argument for why the technology has value?

I think very few new technologies offer actual, realized value to the early adopters.  One area of recent growth and expansion of technology…

I'll give kudos where kudos are due. LinkedIn was a pretty nifty idea. It negated all the Myspace and Facebook triviality and packaged up something that resembled an interactive resume. Not bad.

Recruiters gone wild! People just giving out content that is usually discovered by means of an internet scouring fest? Jockpot.

Well... now LinkedIn is trying to play jackpot. They invited us into their site, pampered us a little, spoiled us a bit. Little did…

Congratulations new Recruiters! The market has picked up and so has the demand for fresh meat new recruiters. You have a lot to learn! Being a new recruiter is exciting and at times can be scary frightening. So here is a little list to get you oriented as you begin your new recruiting career

Screening Resumes – Are you an Inclusive or Exclusive Recruiter?

I was speaking with a wise and knowledgeable colleague the other day who brought to my attention a major flaw with how most of us screen resumes and in turn recruit.   Most of us go through the screening process looking at “who can I eliminate from contention for the job” (a negative mindset) rather than approaching the responsibility with “what does this person offer that can really bring value to the job” (a positive mindset).


There are three important reasons for us to be aware of… 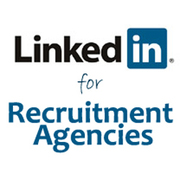 With the UK recruitment sector showing signs of recovery there’s never been a better time to mingle.  Sharing thoughts with peers is both invigorating and educational, all the while adding important values to your personal brand.


Many recruiters view LinkedIn as an enormous job board or talent pool,…

Stuff that has nothing to do with me.

Stories about flash in the pan social media companies.

Most everything related to the Employment Industry outside of the USA.

The demise of MySpace.

Any and all news about iPads or iPhones.  I use neither.

Reasons my company can NOT ignore Social Media.