Recruitment Nightmares- You can't make this stuff up: how not to write a cover letter 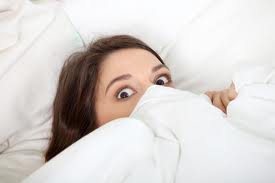 This is an actual cover letter, names have been changed to protect the innocent.

Advise through program review that is Career Builder suggestion, title view Program Co-Ordinator at Winsted, Connecticut that is via a Hartford, Connecticut circumstance search industry.   Public assistance is direct advantage hire and public transportation is recommended value.  Ensue however…

The Denovati Social Media Quiz (SMQ) has been one of the most popular SMART Resources we have created. Now approaching its fifth year of use, the third version generally represents the universe of social media sites and tools and can be used to quickly capture people’s knowledge and experience. This post provides an overview and a link to the latest version of the quiz on… Interviewing is one of the key components in selecting quality contract candidates for your clients. But this vital practice can also get you and your clients in legal hot water if you are not careful. Certain questions can spur claims of discrimination. The most successful business development person in his/her respective staffing niche will ALWAYS be the one who knows and understands his/her competition. As much as I hate the old saying that there's "A" time and there's "B" time. "A" time for a sales rep consists of the execution of everything you prepared in your "B" time. If that bothers you, you're in the…

You’ve spent precious time recruiting and signing this new hire, and it’s the all-important first day. Have you already dropped the ball? If you haven’t organized and planned the onboarding process, then yes you have. …

Stand Out with a Video Resume

Video resumes are becoming an extremely popular way to stand out from the crowd. They are easy to make, and they showcase a candidate’s creativity and tech skills. When used correctly, a good video resume can shoot you straight to the head of the pack.

We have embraced video to the fullest. Why read when you can watch! Over 1/3 of web traffic comes from … 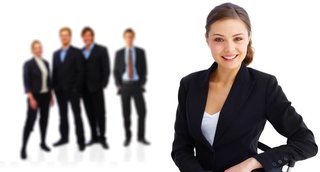 How to Quickly Source Candidates

One day your Boss strolls into your cube and says, “we (meaning you) need to hire 10 Java Developers in a month.” Suddenly you panic, hyperventilate, grow dizzy, faint, then wake up and shout in a Scottish-like Scotty Star Trek sort of way…”I can’t do it! We need more Recruiting Power!”  Then you're getting a very brief job description that mentions candidates will need to work weekends, do TPS reports, and bug…

Take No Prisoners is a free weekly memo from Scott Wintrip that explores how Radical Accountability prospers companies and changes lives. Instead of taking people hostage with outdated, heavy-handed, and ineffective methods of…
Continue

These recruiters must be crazy to be so lazy 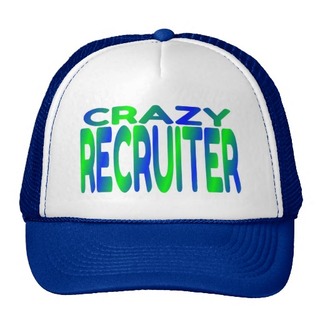 Automation is wonderful if it helps you become more efficient and productive with your time. There are a plenty of tools and technology that do just that. So far, however, there aren’t any such advancements completely capable of hiding overt laziness. A few examples:

Bullhorn Reach job postings – Being a prominent fixture in the recruiting world, Bullhorn is widely used as a job ad…

An “engaged employee” is one who is fully involved in, and enthusiastic about their work, and thus will act in a way that furthers their organization’s interests. Even from the definition, it is apparent that employee engagement benefits the individual as well as the…

The virtual resume is about standing out in a sea of candidates. By creating a virtual resume, you are showing employers that technology is your friend, you know how to use it, and be creative with it. This is a huge selling point. But for a lot of job…

By now, I’m sure most baseball fans have seen the movie Moneyball, which is a sports drama based on the Oakland Athletics’ 2002 season and their general manager Billy Beane, played by Brad Pitt. To be honest with you, the movie had never really piqued my interest until a colleague of mine mentioned that what Beane was trying to do with the ailing baseball team is a lot like what I do when I walk into a business as a coach…

How Will Recruiting Look 10 Years from Now...?

LinkedIn celebrated its tenth birthday in May, and to celebrate the occasion it asked some industry experts how recruitment might look in 2023. Two things struck me immediately:…

How many of you can relate to this "Candidate Emotion Cycle"

I see this pattern again and again not just with candidates I know, but with anyone suddenly finding themselves out of work. So I thought I would jot down the stages of  the "candidate emotion cycle". Of course the cycle can be broken at any time and is often done so by luck or by the amazing recruitment abilities of the recruiter but that is a topic for another… 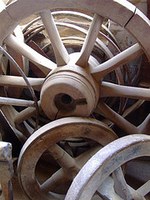 How many staffing professionals, recruiters, and sourcers, create their own Boolean strings? Answer most of us. However how many copy those strings down and keep them in a file of some kind for use later? Answer not many.

Why do we feel the need to reinvent the wheel, recreate the search strings over and over again,…

Searching on LinkedIn? Signal is Gone & How Software Vendors Are Restricted

The LinkedIn Signal is gone. (Not too many recruiters used it for searching in the first place, but it was able to show profile updates across the whole network.) Alas, there's not much that can replace Signal!

A Personal Snapshot of the Recruitment Training Industry

Most of the recruitment training content I’ve seen seems to simply reinforce the behaviours that has helped create the state the agency recruitment market finds itself in today.

Great tools by themselves do not make a great relationship, but they sure can make it easier to foster a great 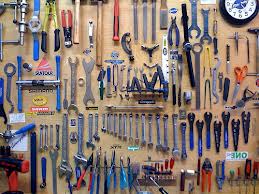 relationship. When HR reps and recruiters work together, they need many open lines of communication. The more they utilize those lines, and the more effectively they use communications tools, the better the relationship will become between recruiter and HR…

The Power of the Pull

Cheers from Bournemouth on the southern coast of England where I’m spending week two of my vacation with my wife and kids. Not only is spending time with my family here giving me something to look forward to each day, the anticipation of this trip had a positive pull on me for the last few months. The planning, the anticipation, all of it has given me something to work towards. This is the power of…