As a recruiter I’ve been hearing a lot about how big corporations and recruiters alike have begun setting up shop in Second Life trying to woo the supposed 9 million people who sometimes reside there to buy their products or even come to work for them. Of course, I’ve also heard the funny stories including the one about the guy (his avatar is a blond women) who inadvertently handed the interviewer a beer instead of his resume.

Of course that story might not be quite real, and because…

Guy Kawasaki recently posted a job ad on Craigslist for his new startup Truemors. He reveals some of the results and his experiences. Much of his experience was positive.

He wrote a follow-up post about how NOT to hire on Craigslist (or any job board for that matter.)

Both posts are summarized here:

On new metrics for talent management...

"A War for Talent mentality also breeds bad habits that can harm your company. One of them is concentrating on the quality of talent instead of quality of performance."

Wally Bock, A War for Talent mindset may be hazardous to your results 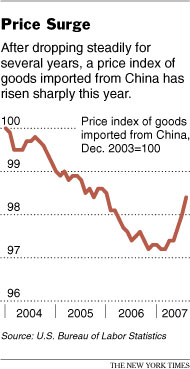 As of writing China is all the rage in the world’s
media, and much of the focus is on the shortage of
skills here.

The New York Times frets about…

Talent Should Not Complain

Hank, A guy like you will always be found by a good recruiter. Nothing now you can do about it.

Remember The Recruiting Wall Of Fame?

I was doing something yesterday and all of a sudden, I remembered. Do you? Look at how old some of the branding on that is. I think i said it would stay live for 10 years or something like that. I need to check.

On HR falling of its seat at the table...

"After this conversation [automating talent management/business processes] most HR people recognize that this is not just plumbing or automation - but something way beyond their span of control. This kind of initiative must be led, supported and driven by Sr. Management. In most cases, what happens next is that there is some more conversation and then the idea dies."

It’s a Great Job But…

Thank you to John Sumser and Donna Troisi for featuring our recent announcement about Job Seeker Search Trends and Employers Job Marketing Tips as a “Deep Release” in the August 24, 2007 edition of The Interbiznet Bugler.…

I have been vindicated! See my earlier post and read this;

Like a tether that binds current and past employees, The Dow Chemical Co. is hoping its soon-to-launch
in-house social networking plan will build real relationships among Dow alumni,
women, retirees, and current employees.

That's the concept behind the program known internally as…

On hard lessons about changing education...

"Perhaps it is just my native cynicism, but I don’t think that there will be a spontaneous societal recognition of the need for changing education, nor will there ever be a conversation amongst powerful people about ideas that will result in fundamental changes to our education system. Systemic inertia and myopic self-interest being what they are, nobility, goodness and wisdom are not the best way to get a… Continue

It’s nothing new, you’re having a bad day and need something to lighten it up, or you’re creating a new PowerPoint presentation and want to start with an ice-breaker, you know something funny. What do you do? You start searching for funny videos that will make you laugh, break the ice, or jumpstart your day.

How do you search for funny videos?

HireOrNoHire.com has re-launched as a free online Job Interview Practice Tool for job seekers and candidates-with a video twist. As the “…

It's a good problem to have

There is a guy named Peter Chang who is a lead software engineer at SimplyHired. He left an interesting question on LinkedIn. Basically, he is getting called all of the time by recruiters looking to recruit him. It's wasting valuable time and he is not happy because some of the recruiters are calling him… Continue

As September 7, 2007 approaches it has many corporations worrying about if they will be able to meet the new federal OFCCP rules regarding Disabled Veterans, Recently…

On the ethics and semantics of Search...

Thanks to YouTube, they've made it easier than ever to watch my recruiting videos. With their new custom player you can now watch ALL of RecruitingFly TV from one page. Watch it here.

Now Available for Syndication
And if you want to put RecruitingFly TV on your site, its available for FREE. Just email me to get the code and you too can offer your site visitors recruiting tips &… Continue

Why are my employees leaving?

This was an actual question that was posed to me by a hiring official who I’ve worked with at several companies, but in his most recent move he went to a company that I had never worked with to place candidates. Of course, there are a million reason why people quit jobs and move on down the road, but he hadn’t had these issues previously and unfortunately wasn’t sure why it was happening now.

Since I already have a recruiting/sourcing blog over on Live.com... I'm just going to refer topics back from here... Or make it a more personal ranting/raving spot perhaps. Either way, this is my first entry here.

The New And Improved Cheez Factory

When I started blogging in 2003, there was not a whole hell of a lot of choices out there when it came to reading Recruiting Related Blogs. That changed real quick and it did not take long. One of the guys who started and really has not stopped is Joel Cheesman who has a blog called Cheezhead


Yesterday Joel launched a redesign of his site and added…