My father is a dentist.  No one likes going to the dentist.  It usually costs a lot of money, and without a doubt, there are varying degrees of pain.  A toothache is awful and the thought of someone working on that tooth is like fingernails on a chalkboard.  Being unemployed is not fun.  It is not any different than getting a tooth pulled.

Working the same place, all day, every day causes people to spend too much time in their own heads. Repetitive actions combine with static environment causes ideas to go stale, perspective demolishes and overall productivity goes down. It’s important to the longevity of Recruitment Professionals career not to get caught in this rut. Going out and see clients and candidates…

It’s Not LinkedIn-it’s The Referrals!

They say that cold-calling is dead, but if you received a recruiting call from me; I was simply engaging in referral 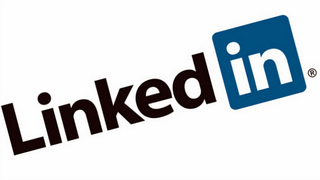 When Candidates Have Discrepancies on Their Resumes...what to do?

Okay, so you have recruited just the right candidate.   According to his resume his credentials are impeccable.  He has all the required skill sets and vital experience in dealing with all the disciplines the job will require.   His references provide you with glowing reviews.   You have conducted background checks as part of your employment screening process, and your candidate emerges squeaky clean.  Nothing that is noteworthy.

Or maybe there is some kid stuff type offenses on…

Tip for working with recruiters – Listen and don’t be desperate! 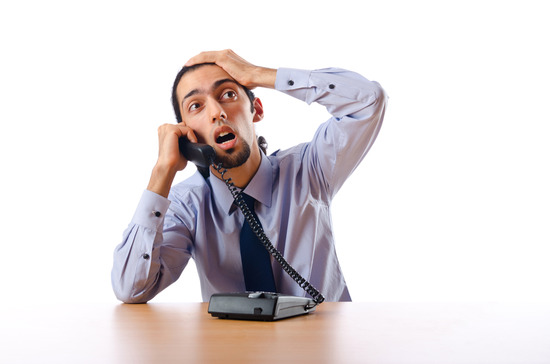 Thought I would share an article written by my boss, Ed Guy, who is a veteran recruiter and owner of NationStaff Inc....

I have heard that the most important trait for a successful sales person is the ability to listen. Hear your client and then get them what they want. As a recruiter, the same rings true. Listen to the client and then go find them a…

After two months of running around metropolitan DC in my beloved gas-guzzling Chevy Suburban, I decided it was time for a change. With my miles-per-gallon topping 17 on a good day – a drive to Gainesville and back, I wanted one thing – relief at the pump. I was determined to settle for nothing less than 28 miles to the gallon, which was double what I was getting on basic stop-and-go days.  Sounds pretty easy, right? Technically, it was, but that’s where this post begins.

Don't be DUMB - Do SOMETHING when somebody reviews your LinkedIn profile

I've noticed online networkers have become much more aware of people who look at their LinkedIn profile during the last few months, but frankly not many do anything and let potential opportunities slip by - perhaps for the fear that they don't want to appear too pushy. I suspect there's something very British about that, but I admit that's a guess (wouldn't it be fascinating to see the LinkedIn behaviour stats country by…

Here is our weekly feature in which we share the top articles we enjoyed from the past week about recruitment marketing, social recruiting and anything else in the recruiting space. In this article, we’ll be talking about company culture, the perfect candidate, candidate attraction, employer branding and the Facebook Social Graph.

Here are the articles that interested us this week (in no particular order), enjoy!:…

For some businesses social media recruiting has become an important part of a solid recruiting strategy. However, There are a lot of businesses who are still figuring out how social media will fit into their overall recruiting mix. This post is for everyone, even if you are already utilizing LinkedIn, Facebook and twitter for…

retailer, announced a plan to hire every veteran who honorably left the military in the last year over the next five years.  It is expected that more than 100,000 people are expected to find work through the program, making Wal-Mart’s effort one of the largest…

Top Tips For A Competency Based Interview

The Competency Based Interview is now widely used and so you will undoubtedly face one as you move through your job search process. Ultimately, this is an opportunity for you to demonstrate your skills and ability to do the…

The wonderful people at RBC were very welcoming, and even the mean comments were worth something. I made some great online friends and worked with AMAZING people like…

As promised, this week I will begin discussing the top 3 social sites individually. These posts are written with a new user in mind. I am going to start with Twitter, but please know that there is no rhyme or reason as to the order that I will be discussing these sites on the blog. I think there are huge opportunities with all 3 of these sites and you should be using ALL of…

Recruiting Technology Can Be Les Miserables

With apologies for my miss-use of the French word form, a lot of the recruiting technology that is out there today really is “Les Misérables”. If Fantine was a recruiter and left alone, unemployed and destitute – I could…

The Millennial Recruiter Is Going To Kick Your Ass

Over and over again, and everywhere I look… I am hearing and reading that the 21st Century Workforce is going to be demanding, “flexible hours and flexible work arrangements.”  If you think Corporate America is not ready for it, I’ll let you in on a little secret…Staffing and Recruiting Agencies who have access to the latest…

Simple questions.  Hard answers. I'm not talking about Facebook likable, but truly likable. If you…

If you are like many recruiters, one of your New Year's resolutions may be to increase your recruiting cold calls. At the very least, you probably want to increase your placements in 2013, and cold calling can definitely help you do that.

The problem is, few recruiters like making cold calls.  But even with the Internet and traffic-driving social media tricks, nothing can quite replace getting on the phone and talking directly with prospective clients.…

The grass is not greener: Why star recruits rarely shine

If you're a top biller and you wonder whether the grass might be greener on the other side, the evidence is likely to have you recommit to your current employer.

The hiring lesson I learned on the road to Mandalay.

I admit it, I am a ‘recruiting-tragic’.

And a symptom of this condition is that I can’t help but think about the hiring implications of almost any situation.

And so it was, a few months ago, travelling with my family in Myanmar (formerly Burma), one of the most isolated countries anywhere, that I was struck with a hiring lesson that resonates across the world, in any situation.

We were in the northern town…

Early in 2012 I was mandated by a global organization to assist them to fill a Vertical Market Director position, which saw me interview some very impressive executives in Europe and the US.

After almost 2 decades in this terrifically challenging industry I honestly feel I have experienced the most interesting of challenges, either on a macro or micro level, and with regards one of those short listed, this was an exceptional circumstance.

One of those attending was a… Continue