Karen Mattonen, Advanced Career Solutions, Inc. has teamed up with Steve Delaney, Alliances Online, Inc., Career and Workforce Management Solutions. Together they have 20 years HVAC&R and over 30 years general Recruiting experience. While Karen is still on sabbatical and developing a recruiting law and ethics portal, Steve is working hard to maintain and develop existing customer relationships & expanding geographically throughout the United States.

There are two simple steps for great cover letters:

1. Always include the cover letter in the body of the email you are sending. If the recruiter has to click to open a separate document in order to read your cover letter, chances are that they won’t bother.

2. Target each cover letter to the specific position for which you are applying. Generic cover letters that tell how great YOU are and what YOU want to do without… Continue

On #talentnet they raised the issue that since everything on Twitter is public, there's no way for a recruiter to gain any sort of competitive advantage.

Take LinkedIn or a job board, for example. On LinkedIn, you pay to get access to everyone's profiles, otherwise your network is limited to who you know. On a job board, you pay extra to get your job posting at the top of the search results, or… Continue

“Bad Naked” is Networking that is just plain WRONG.

It never ceases to amaze me at what people deem as “networking”. It is perplexing at…

Starting over a year ago, I began keeping track of all of the different ATS systems available. Now the list has grown to almost 140 different vendors. Yikes! I thought it might be nice to make this list available to folks, so I helped a group of friends build a little site with the list. For anyone interest, I would welcome any feedback before I send it to everyone. Please feel free to contact me if you would like a sneak peek.

Light or an Oncoming Train

Ever since we published this year's Executive Job Market Intelligence Report I have been getting lots of cards and letters (okay not cards and letters, really emails and "tweets") but in any case, lots of feedback on how… Continue

The joy of travel (with young kids) and Recruiting, 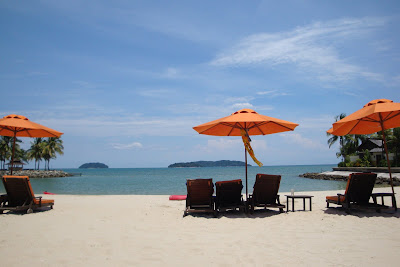 Ahhhhh what a couple of weeks, I've been quiet on this I know.. for great reason, I have been sunning it up in… Continue

We’ve finally and proudly released SmartJobBoard v 2.2! Considering lots of suggestions from our current and prospective clients we’ve included the most requested functions and improvements. In contrast to previous releases, which were tested only by our own means, version 2.2 was also tested by our customers in real working environment.

Anyone reviewing applicant tracking systems (ATS) knows there are plenty of features and functions designed to deliver the core benefits of reducing costs, increasing efficiency and placing quality candidates. The other side of the ATS that sometimes takes the backseat during considerations revolves around the benefits for the candidates. The following is a shortlist of some of these features:

Social Media - Friend or Foe of the Job Seeker?

The buzz around using social media to find a job or find a candidate is starting to become very loud. Frankly, if you are a recruiter and you haven’t started using social media sites like LinkedIn, FaceBook and Twitter to find and stay in touch with prospective candidates, you are already behind. Remember the Internet moves at the speed of the Internet and that’s pretty fast. Things that seem important and relevant one day can be passe’ the next. Take blogging for instance, at one point there… Continue

Performance reviews; Do they perform?

Performance review time in any company is detested by most managers and employees. Most companies continue to follow the same old process of reviewing every candidate just once a year and make changes to compensation based on the outcome of the review. How can a manager expected to remember all the events from the first day of the year to the last? Is it right to expect a manager to record every significant event with the employee during the year? Should we expect the employee to accept… Continue

We have an urgent requirement to be filled out for the following position. Kindly forward any of your consultants who fit the bill.

All these resumes and Where do They Go?

I noticed a very interesting blog yesterday about a new recruiter inquiring about choosing and the validity of:
ATS. A woman responded that they, ATS"s, were a waste of time unless you have a data entry person, and even then there value were was questionable.

My situation is different, but has similarities. I do have an ATS system that I have never really developed or used fully. It also only cost 200 dollars. It will do some automatic data entry, particularly if you set up a… Continue

Role Purpose:
Managing the design and construction of water networks and pumping stations in the master planned City

i am currently in the process of identifying a Senior level construction professional from the OIL & GAS industry.

The role is with my client, a Leading International OIL & GAS facilities service provider, which has some acquired some major projects in UAE recently. This person would the the main point of contact with the client.

I am looking at someone with between 22 - 35 years of experience in construction field in the Oil & GAS industry.… Continue

Role Purpose:
Ensure that the city implements a sustainable, financially and operationally viable waste management system which is compliant with the City’s sustainability vision.

Key Accountabilities:
1. Identify the volumes of waste generated in the City based on phasing input from… Continue

No, not the one wearing a suit and bearing flowers (oops, flashback, sorry), but the date of the infamous Smartrecruiters "dinner cooked in my home by a Master Chef," otherwise known as the "Yum Fest."

Lasse Sorensen is my chef of choice. We discovered the Master Chef from Denmark in a tiny town in Southern Illinois, while on one of our annual morel-hunting weekends. We lived in Chicago at the time and would cheat spring by three weeks by traveling down south around Easter time to… Continue

Having friends and contacts in the industry (both recruiting and automotive) I've been involved in numerous conversations about layoffs recently. One in particular stuck out to me, though. A fellow corporate recruiter at another local OEM was groaning to me about how one of their contract agencies handled a recent round of staff reductions. I'll withhold the name of both companies since I'm not looking to drag any names through the mud, but it is worth discussing what happened.