Social Media Within A Recruiting Strategy

David Als, Talent Attraction Strategist at Human Capital Management Solutions, reached out to me to talk briefly about the challenges of integrating Social Media into a recruitment strategy. It was terrific to be able to touch base with David before the upcoming…

Your Intuition – Don’t Let It Be a Hiring OBSTACLE

Many CEOs claim to have exceptional intuition about hiring for their executive team. “I know in my gut if someone will be a fit,” they say. Much like the stories of gamblers, who will brag about their winnings (but not tell you about their losses), you only hear about the successful hires.

Too many executive candidates today are good salespeople. They know how to create a good first impression, and hit the CEO directly in the gut with their personality, and win the job offer. A smart… Continue

Lately, I’ve been planning 2011. One of the things I have decided to do is more marketing and branding. Today, that typically means having a social media presence and blogging. This is my 4th straight week writing, which is pretty good since I have blogged about once every 3 months for the previous three years. Then I wonder why I have no followers. At first I had no idea what to write about this week, then after a rather positive networking call I was writing a thank you email to the person… Continue

Here is our weekly feature in which we share the top articles we enjoyed from the past week about recruitment marketing. This week we’ll be talking about ways to develop great HR metrics, candidate experience, Facebook for Recruiting, Internet marketers going into Recruiting Software and decreases in unemployment.

Why Haven’t QR Codes Caught on in Recruiting?

I love my smart phone. Obsessed with it. It does things that I never would have thought were possible. I was blown away by playing Snake on my old Nokia in high school. Now you’re saying my phone can scan QR barcodes from billboards, computer screens, etc., and it will take me to a website, dial a phone number, or even send an email? Quite the progression from… Continue

There is yet more evidence that American workers are putting off retirement, courtesy of a new retirement survey reported on in USA Today.

According to the survey conducted by Sun Life… 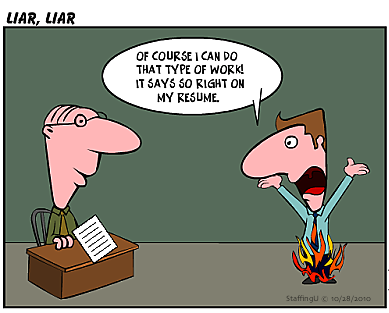 Think you have reference checking problems? Watch this video

Think reference checking is a waste of time? Watch this hilarious video. (And then call for a demo of ChequedReference… Continue 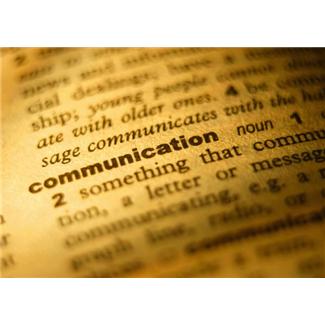 With the recent release of the movie, “The Social Network” there’s been buzz about Facebook and social media in general. There’s also been a lot of talk in the recruiting community about the use of social media; its pros, cons and inherent value. Some recruiting professionals find it to be the golden ticket. I read stories and see YouTube videos showing how they’ve mined, aggregated, aggravated, X-rayed,…

During each of the 2010 Cleared Job Fairs, participating security cleared job seekers were given the opportunity to vote for the nation’s top recruiting experience from a pool of employers seeking professionals with active security clearances.

Over 5,000 job seekers in the security cleared marketplace have since selected more than 120 recruiters from government agencies and defense and intelligence government…

How can growing business relationships relate to growing a vegetable garden?

I know, goofy question! Having been an Executive Chef for the past 20 years and now working @ Simply Hired handling small business sales, I thought this would be a fun way to help open up some dialogue and get to know a few people.

How would you relate building business relationships to growing a vegetable garden?

On another note, anybody interesed in posting a job on Simply Hired and saving 20%, please click on the link…

Halloween weekend is coming up and let’s admit that everyone likes a good scare. Encountering the unexpected is both thrilling and frightening at the same time but it’s how you react to these encounters that determines how much you enjoy it. Laughing about your momentary lapse in composure is usually the best reaction because lets face it, no-one wants to be the crying child who is a buzz-kill to what should be fun time.…

Any unemployed Recruiters out there who are as annoyed as I am with what you see happening out there? I realize that companies have scaled back. For some firms, to be able to have a Recruiter at all, they have had to hire junior level recruiters who are cheaper. You get what you pay for! But now these junior people are in charge of finding talent. However, these so called…

There seems to be a slew of articles this week about job boards so I thought I'd add something to the conversation.
Having run job boards for several years, I have learned a few things about maximizing your ROI when it comes to posting jobs.
Employers need job sites to promote their openings, and that will never change. Employers aren't good at marketing, job boards are.
So what can you do to make your…
Continue

“I know someone who’s looking for a job” says a friend of a jobseeker.
“I can’t use them” replies the headhunter.

I was listening to this conversation between 2 people on the train ride in to work recently.

“Most of the unemployed are unemployable. They’re not technologically current, and they look deplorable” the conversation continued.

I didn’t throw my 2 cents in to this conversation, because if I had – I would have been arrested for creating a disturbance.… Continue

Don't give up on corporate loyalty just yet. It is still strong, even during unprecedented times.

“If all my friends were to jump off a bridge, I wouldn't follow.
I'd be at the bottom to catch them when… Continue

Want to be a guest on The Recruiting Animal Show?

I'm looking for recruiters who want to be guests on The Recruiting Animal Show.
It's a one-hour business interview. It's informative and entertaining - but it's not for everyone.

1. The guest sits in the hot-seat

2. Sometimes, there's a lot of yelling

3. It's an open-line show and the callers can be very blunt

Inotherwords, you have to be a hardy soul to want to come on. You can't be someone who's going to… Continue

How do you explain Linkedin to people who never heard of it (yes they do exsist) all in one sentence please.

Client: No I never heard of Linkedin – What is it exactly? How do you spell that?…

First things first – I am not taking any credit for the information provided below or details – this information was provided by Rick Spence, a writer, consultant and speaker specializing in entrepreneurship.

Does YOUR business have the HR department it REALLY needs….“teaching dogs to tango”